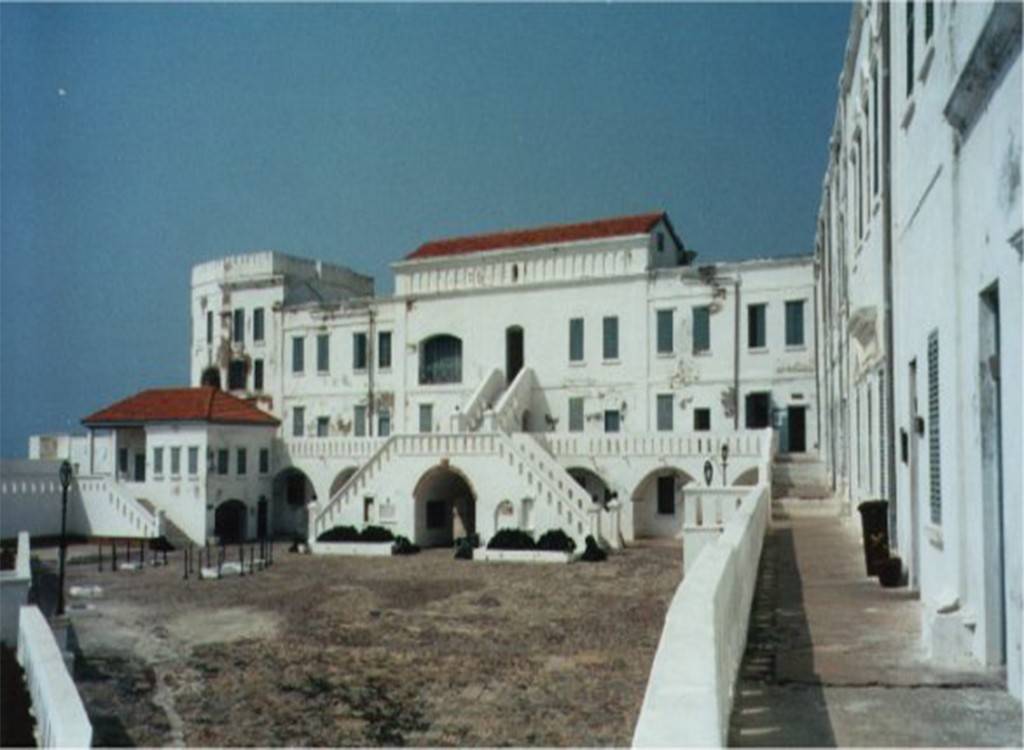 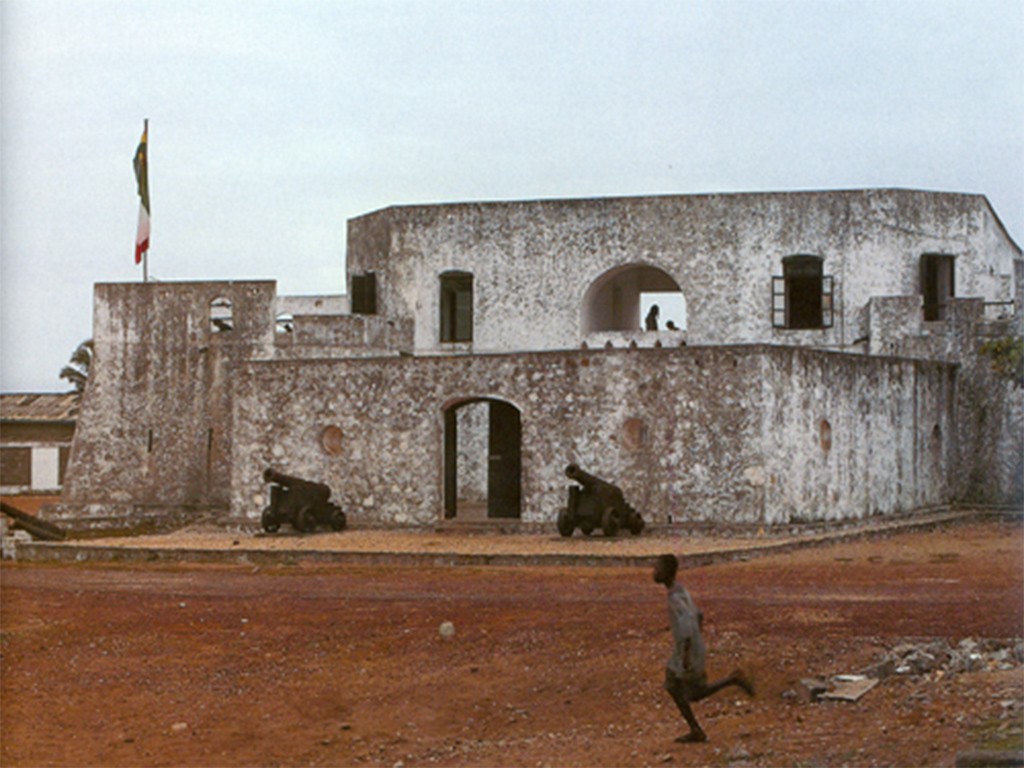 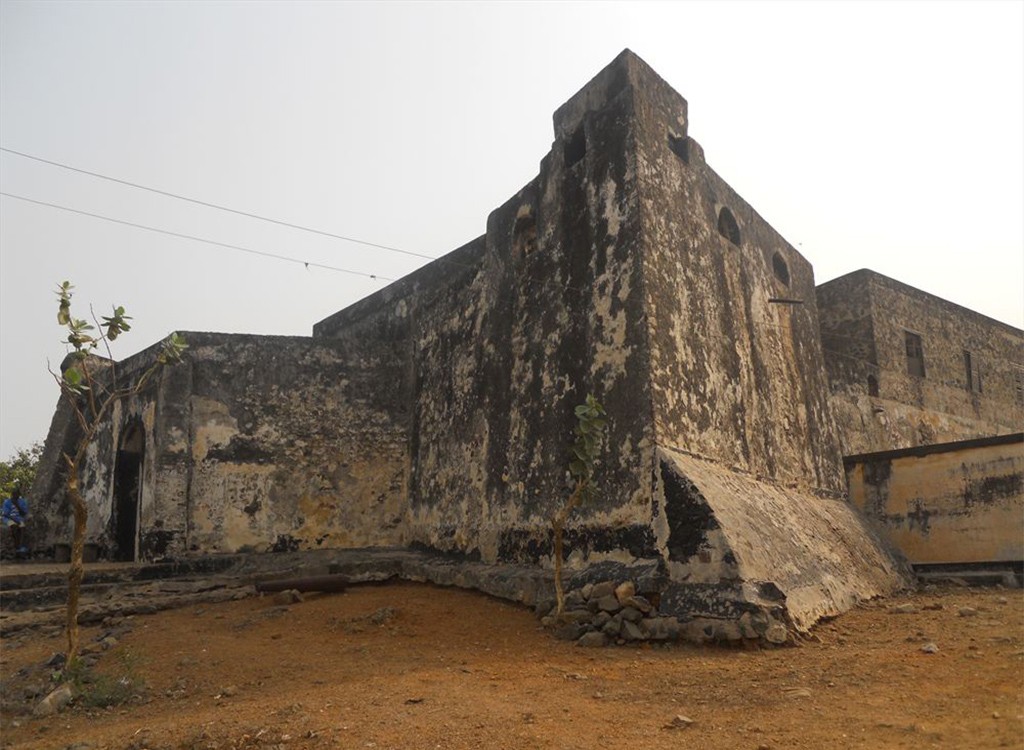 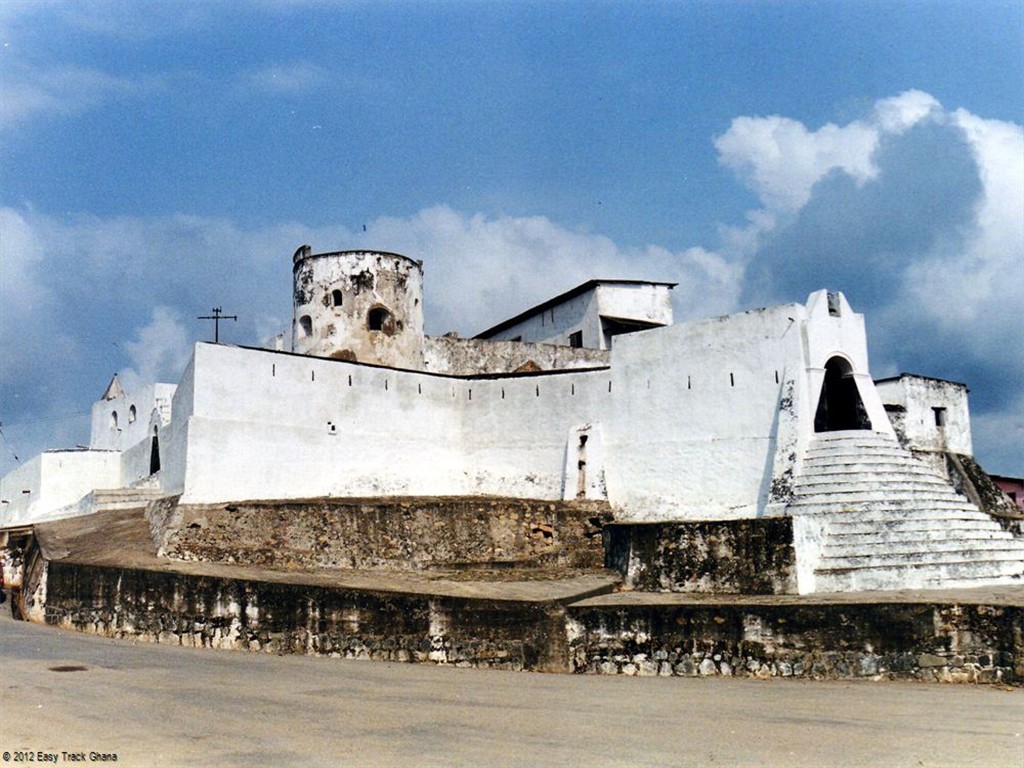 FORTS OF GHANA, SITES OF MEMORY

The Ghanaian coast, with its dream beaches and old forts of the slave days, presents great tourist attractions. These places of memory, often visited by Afro-Americans in search of family or cultural roots, are worthy of more than just a mere stop-off.

Between 5th and 17th centuries, the Europeans built on the coastline of Ghana eight fonts and castles, most of which are still very preserved.

Although the slave trade was evident in many other places in Africa, none offers such tangible proof of this sordid trade than the forts and castles dotted on the coastline of Ghana.

The first European to penetrate the region were Portuguese explorers who baptized it the “Gold Coast”, in honor of the gold jewelry worn by the Ashanti sovereigns and dignitaries.

It was in 1482 that the Portuguese created the first trading-post Sa Jorge Mina, where todays fort Elmina now stands the region became the first supplier of gold to Europe before the discovery of Latin America’s vast resources. Yet the quantity of gold found by Portuguese was disappointing. They then turned to the slave trade which appeared more profitable. They built the fortresses in Elmina (Ghana), Luanda (Angola) and Sao Tome, then organized to their profit own Negro slave trade networks (un it 11863 and the abolition of slavery). The slave trade was one of the greatest sources of revenue for the Portuguese Merchants.

This lucrative trade awakens the envy of the other colonial power of the period who began to complete with the Portuguese. By 1637, the Dutch succeeded in chasing the Portuguese from west Africa by taking their key fortresses. In 1642, the territory of Ghana belonged to the Dutch. European trade favored the domination of the Ashantes who exercised undisputed hegemony over the neighboring people force to pay tribute in slaves.

Rivalries between the European powers for control of the gold and slave trade ended to the advantage of the British, who progressively ousted their Portuguese and Dutch competitors. But the slave trade was definitely abolished by the parliament of Westminster’s in1807. In 1850, the British crown made the acquisition of the Danish forts and, in 1871 the Dutch trading post in 1871 to found there a crown colony, which took the name British Togo (Togoland)in 1874.

However, the Ashantes posed a constant a threat to the British. Throughput the 19th century. They ferociously resisted English colonization until the borders of the Ghana colony were set.

The main attraction of cape coast, a city located about a hundred kilometer from Accra is a fort where the slaves bound for the west indies and the Americans were “warehouse”.

The English first built a trading post in Kormanda (50 km to the east Elmina). They replaced it with a fort in 1635 which they soon lost to the Dutch who rebuilt it under the name of new Amsterdam. While the race for the fort construction was at a pitch, the English focused their efforts on reinforcing fort Carolus bury which they had captured from the Dutch to become the Castle of Cape Coast.

In cape coast, the slaves brought inland were held in unsavory underground chambers, called dungeon just the rows of cannon, until such time as they were shipped out to the new world. They were less in chains through the dark “Door of No Return” to the beach where they were taken aboard row boats to the slave ships anchored of the coast.

The slave trade must have been highly profitable to justify such great investment on part of private companies. And so, the Gold Coast became the Slave Coast.

Great Elmina Castle evolved over a period of three centuries as the initial fort Sao Jorge. As already seen, ships of the other European power started to eat away at Portugal’s monopoly. A fort construction race began. Around 1600, fort Sao Jorge was reinforced and more than double the in size by the addition of great courtyard.

The forts reinforcement by the Portuguese as the Dutch succeeded in sitting up heavy cannon on the neighboring hill of St Jago, from which thy commenced to destroy its northern defense in 1637. The capitulation of the Portuguese’s from the bastion of Elmina to the Dutch rapidly led to the loss of the totality of their Atlantic empire. It is interesting to note that the Dutch constructed their profitable Asian empire also the detriment of the Portuguese who lost all their possessions to them with the exception of Macao and Gao.

The victorious Dutch didn’t lose any time in reinforcing Elmina’s northern defenses and built fortifications on the summit of St Jago Hill to prevent a repetition of their victorious strategy. They were later enlarged to become fort coenraadsbury on the adjacent hill.

In addition to the two main ones already mentioned, one should visit more modest but just as striking forts as Cape –Coast and Elmina Castles.

Fort Antonio Axim near the Ivory Coast border date from 1516. Towering on steep hill side, the fort did not possess a pier suited for the slave trade. However, the Dutch had a tunnel built from the fort to Bobowasi island whose lighthouse enabled slavers to embark no matter what the sea conditions were. One must also mention fort Appolonia in Nzulezu, fort Medal Cross in Dixcove, still very well preserved, or fort orange in Sekondi, as sites of historic memories.

A dozen significant site that were part of the Slave Route are now the UNSCO’s world Heritage list as Ghana’s major slave-trading embarkation points. These forts on the African continent were massive slave dentition and sorting centers prior to boarding slave ships bound for the Americas, west indies, middle east and the Mediterranean, as well as on the great trade routes of the Indian ocean. They equally testify to the sheer demography and human magnitude.

Like Senegal, Ghana demonstrates that investment, protection, restoration and development of these monuments and places of memory can produce key educational and tourist advantages.

Launched in Accra in 1988, the goal of joint UNESCO/WTO cultural tourism program on the Slave Route for Africa is first and foremost the identification, restoration and protection of the sites, building and places of slave trading on the whole of the African continent. It is a quest5ion of contributing to the awareness of the tangible and heritage left behind by slave trading.