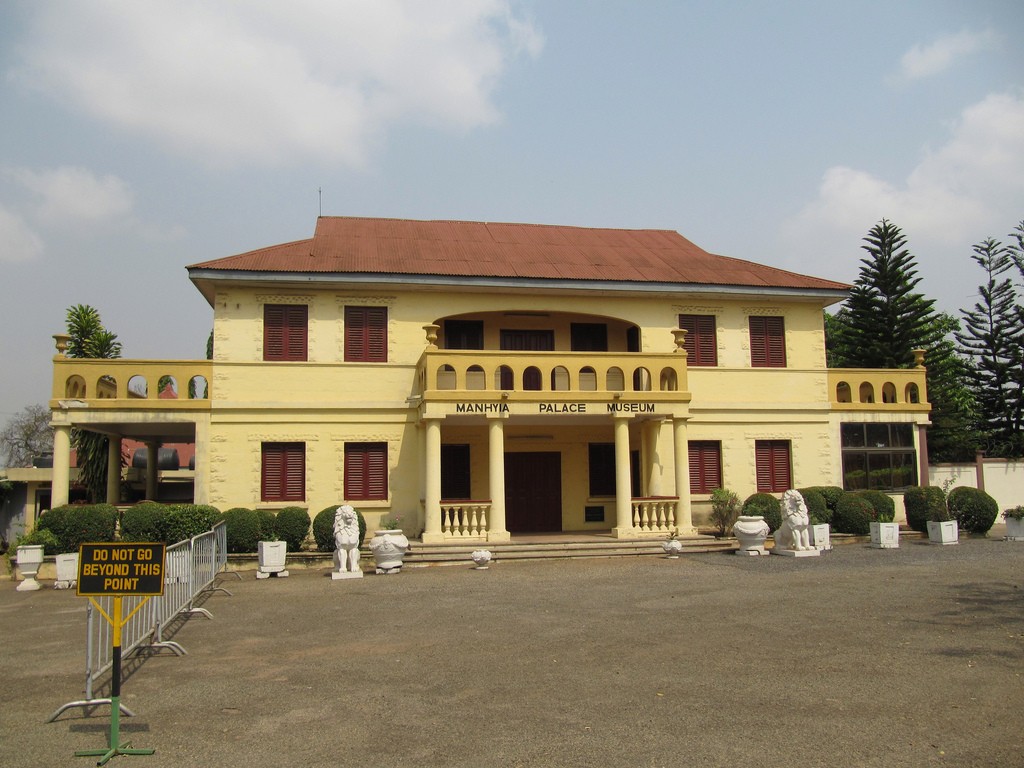 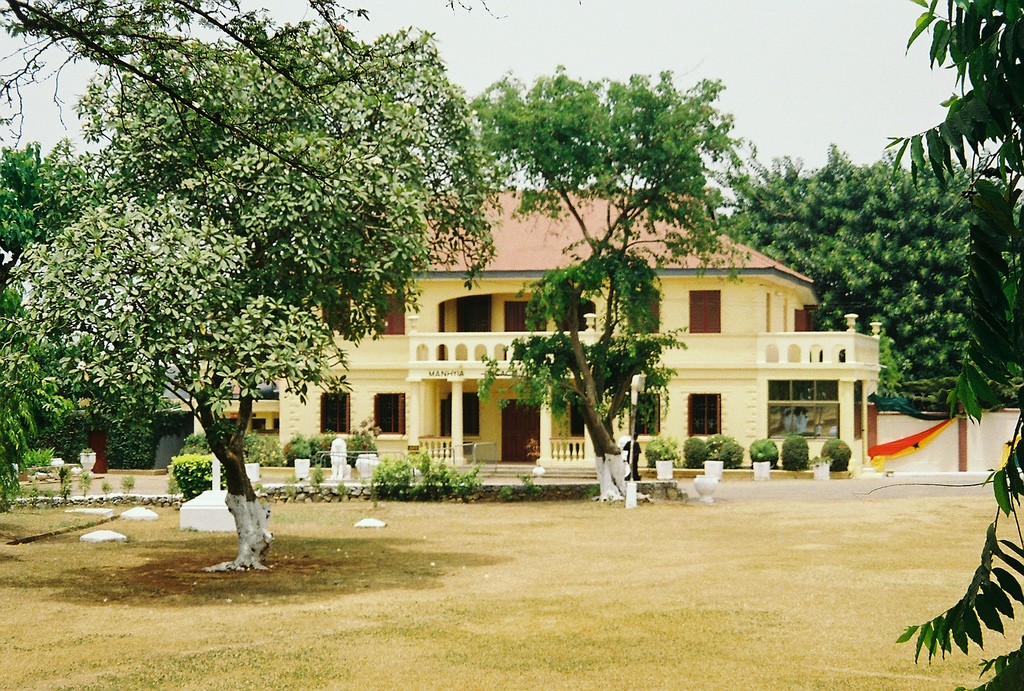 Ten reasons why you should visit Kumasi

The Ashanti regional capital, Kumasi, historically spelled Coomasie or Comassie, is best known for its rich cultural heritage and enterprising nature, a common trait among most Ashanti’s. Kumasi is also revered as the” Garden City” of Ghana. “Oseikrom” as is referred to by the locals is always brimming with brisk activities dotted across almost all its suburbs such as, Adum, Amakom, Manhyia, Bantama, Atonsu, Ashanti New Town popularly known as ‘Ash Town,’ Dichemso, Krofrom, Patasi, Kwadaso among others. It is only normal that visitors get to experience activities in these mentioned areas whenever they visit the Garden City. But certainly it would be like visiting France and not seeing Paris when you don’t get to see and experience some of the breath taking tourist sites the city has to offer. Here are ten reasons why Kumasi is a “must visit”.

The Ashanti Region is said to be the cultural heartbeat of Ghana. Culture here is expressed through language, passage rites, festivals, food and ordinary day to day activities. Tourists can participate in several traditional events organised by the locals such as funerals and naming ceremonies. Funerals in Kumasi are such big deal, the people here see to it that their dead are laid to rest in extremely extravagant ceremonies, it will surprise you to know the amount of money families are ready to spend just to make sure their funeral becomes the talk of the town. As a first timer, you may be stunned at how these funerals are made a priority over everything, but you are sure to enjoy every bit of it when u decide to stay, after all, no one needs an invitation to attend a funeral in Kumasi. The Ashanti culture speaks extravagance, and the people in Kumasi do a good job in making sure its stays exactly that way, so don’t be surprised to see ordinary people wearing expensive gold jewellery and going about their normal daily activities like its nothing at all. A quick stop can be made to the Kumasi Cultural Center to learn more about the culture of the Ashanti people. Festival When you are planning a visit to Kumasi, make sure it coincides with the “Adae Kese” and or “Akwasidae” festivals. These are the major festivals amongst the Ashanti, and they are ceremonies you just can’t miss. The “Akwasidae” festival is held in Kumasi every six weeks according to the Akan calendar which is based on a cycle of forty-two days and nine months in a year, to honour the Ashanti King. The Adae Kese however is celebrated to commemorate the arrival of the Golden Stool of Ashanti which was magically called down from heaven by a fetish priest. It is here that you get to catch a glimpse of the beautiful golden stool that is believed to carry the soul of Ashanti. The powerful Ashanti king graces the occasion in a unique royal apparel covered in pure gold ornaments to signify the wealth of his kingdom. The “adowa” dance performed at these ceremonies is just so pleasant to watch, the dance is done with so much grace that you would make you want to learn. So in case you visit Oseikurom, make time to attend one of these festivals to enjoy the experience of a lifetime.

This is the largest and only natural lake in Ghana. Although scientists say it was formed as a result of meteorite strike, the Ashantis however consider it a sacred lake. Legend has it that, the lake was discovered by a hunter who was chasing an injured antelope (‘Otwe’), the Antelope jumped into the lake and was never seen again, however, the hunter fed on the abundant fish that lake provided, he then concluded that the antelope (otwe) was a god (bosom), hence the name “Bosomtwe”, thus, ‘antelope god’. There are other interesting stories about how the lake came into existence which you would definitely love to hear. The environment happens to be one of the best places to relax and enjoy such a beautiful view of the lake, it is an ideal honeymoon location as well. The locals here are so friendly and are ever ready to offer assistance when needed. Bosomtwe is about 36.5 km away, thus about an hour and 30 minutes’ drive from Kumasi city.

Manhyia Palace The Manhyia Palace is the seat of the King of Ashanti Kingdom, it served as the residence of Otumfuo Prempeh I and Otumfuo Osei Agyeman Prempeh II, the 13th and 14th Kings of the Asante Kingdom as well as the present king, Otumfuo Osei Tutu II . The palace courtyard hosts numerous important traditional and cultural events such as the Adae festivals, as well as visitors of significant importance. One most important attraction to the palace that adds to the rich experience of tourists is the Manhyia Palace Museum. This Museum, although small in size, holds numerous historic artefacts, war amulets and others of the Ashanti Kingdom. The palace museum is of great historical interest and important not only to the Ashanti Kingdom but to Ghana as a whole, owing to the important role of the Ashanti Kingdom to the history of Ghana. A lot can be learned about the Asante’s through a visit to the Manhyia palace.   The

Being the most powerful empire in West Africa during the 18th century, the Ashanti’s have a lot of history and the mysterious Komfo Anokye sword is one of them. As a symbol of the unity of the Ashanti Kingdom, Komfo Anokye planted a sword saying, the Ashanti Empire would come to an end if anyone removed the sword. Over three hundred years after, the sword planted into the earth, remains in the ground of a hospital named after him: Okomfo Anokye Teaching Hospital. The mysterious sword has invited many tourists to Kumasi, but no one has been able to pull it from the ground. In 1964, when Muhammad Ali visited Ghana, he tried to pull it out, but he couldn’t. Other methods such as the use of machines have been used in an attempt to pull the sword from the earth, but to no avail. So, unlike in the movie Merlin where such a sword is just a fiction, Okomfuo Anokye’s sword is very real and a must see.

Food It is said that if an Ashanti man does not eat fufu, then he has not eaten in a day. Fufu with light soup and smoked fish or groundnut soup, and spicy kebabs sold by the roadside as well as banku and grilled tilapia are all staples of the Kumasi diet. Food is relatively cheap and can be assessed from any corner, one can never go hungry, provided he has a few notes to spare. The majority of meals enjoyed in Kumasi consist of thick, well-seasoned stews and soups, usually accompanied by foods such as rice, boiled yams, fufu and others. Stews come in a variety of flavours, the most popular being okro, garden eggs, fish, beans and groundnut (peanut). Local eateries, referred to as “Chop bar” by the locals are the ideal places to get the sumptuous tasty homemade local foods. One amazing factor is that, no matter the time of the day, there is always a “chop bar” in a corner ready to serve your favourite meal.

Life at night in Kumasi is a different ball game altogether, whilst the day time is full of brisk business activities, nights are automatically turned into chill zones. What makes nightlife here extraordinarily stimulating is the exclusive atmosphere which prevails over the city, distinguishing it from others. For instance, the fun bustling “Fire City joint”, located at Daaban a suburb in the city has almost become a catch phrase for pleasure seekers and other fun going locals and foreigners. “Rhythms Spot”, provides all kinds of local dishes especially for first time visitors to Kumasi who want to have a feel of ‘Ashanti’s local meals, and live band music. “The View Bar and Grill”, the best place to enjoy a roof-top terrace of partying and fun while enjoying nicely grilled guinea fowl, chicken, pork and many more, as well as excellent cocktails.

The busy Kejetia Market is worth visiting. From afar, the market looks like big beautiful town under one big roofing sheet. Closer up, the rusting tin roofs of this huge market, often cited as the largest in West Africa, looks like a circular shantytown. You may be reluctant to enter the market at first sight because of the vase number of people in there, but once you take a breath and step down into its interior, it’s noticeably confusing but also throbbing with life and commerce. This is the one place in Ghana where everything you can think about is sold, ranging from foodstuffs, second-hand shoes, clothes and plastic knick-knacks to kente cloth, glass beads, Ashanti sandals, batik and bracelets. You can get yourself some souvenirs that will always serve as a reminder of your kejetia experience.

Many of Ghana’s top artisans are in the business of Ashanti crafts such as Kente cloth weaving, wood carving, brass smiting, pottery making and glass bead making. While you can find any of these items within the city of Kumasi, you can see how they’re made and buy from the sources with visits to the surrounding Ashanti craft villages. Strewn in the rural areas around Kumasi, town each specializes in a certain craft item. In Pankronu, indigenes engage in lovely black and red pottery using only the hands as tools. Ntonsu is a village famous for making complex patterned “Adinkra” cloth, used during ceremonial events. In nearby Bonwire, only the men are allowed to operate the looms that weave the colourful kente cloth Ghana is famous for. Traditional brass smiths who still use the lost wax method have their shops in Ampabame Krofrom, while glass beads are a specialty in Asuofia-Asamang, nine miles south of Kumasi. You can visit any of these places to get your customised crafts made at very affordable prices.

Rattray Park If u want a cool place to just sit back and take a break from the busy city life, then the Rattray amusement park is exactly the place to go. It is a relatively new attraction in Kumasi which has an artificial lake, a golf cart, children’s playground and a 6 square meter dancing fountain, making it the ideal location to enjoy the perfect family vacation or picnic. The Rattray Park is ultimately the best recreational facility in Ghana.